Following on from ALTC2015 and a work shop on teaching by twitter (and other social media platforms – https://altc.alt.ac.uk/2015/sessions/creating-a-pre-planned-social-media-teaching-experience-872/ – The social media work has already been experimented via Periscope [the social media live streaming platform] – teaching technology to a large community of learners. With the success (http://teraknorblogs.blogspot.co.uk/2015/07/up-periscope-and-away-we-go-with.html) and a plan to deliver a weekly session – http://oucisco.blogspot.co.uk/2015/10/mini-monday-networking-persicope.html – starting on the 19th of Oct and running until Christmas.

The purpose of the periscope sessions is to encourage learning in the doamin of networking using simulated networking technology and supporting context relevant skills.

This conference is free to participants, but you can also make a financial contribution to support the event and help us continue to run open events for the community. 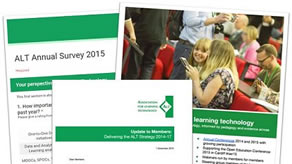