The purpose of this webinar is to provide an introduction and walkthrough of the open source OER platform ‘EdShare’ which is currently running behind a number of successful OER sites including the recently launched edShare@GCU as well as EdShare Southampton, eShare, Humbox, LanguageBox and more.

EdShare (http://www.eprints.org/edshare) was created by the University of Southampton in 2009 as part of a Jisc funded research project to facilitate the sharing of educational resources across the institution.  The emphasis of the original project in 2009 was to implement social “web 2.0” tools on the standard EPrints repository which included large inline previews of resources, bookmarks, comments and notes and user-created collections.

In the past 12 months the University of Southampton has re-invested in the EdShare offering as part of its EPrints for Open Education for the higher education community.

This walkthrough will focus the variety of features and tools which already exist and those which have been improved as a part of recent development work. There will also be coverage on the future roadmap for EdShare.

This conference is free to participants, but you can also make a financial contribution to support the event and help us continue to run open events for the community.

ALT Annual Survey … Have your say 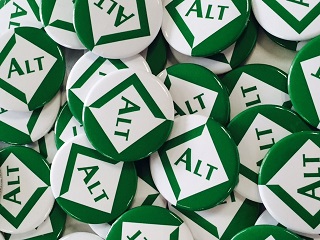 Take the survey
By logging in to this site you agree to ALT's Terms of Use, which includes listing your name in the Participant Directory. This site also uses cookies to improve the experience of the site. No, I want to find out more