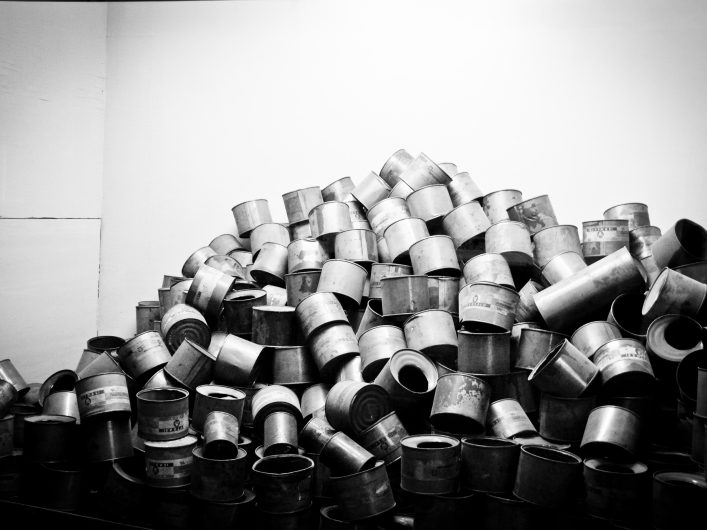 “Destroying open ed”  That was the title of the workshop I attended virtually at #opened17 this year. Taking place in California, the timing in the UK was a challenge as it would start at 11.30pm on a Friday night. Would I manage to stay awake sufficiently to take part?

The format was experimental based on the Liberating Structures process. Mixing physical and virtual participants was another challenge the organisers were prepared to take on, bringing voices into #opened17 from beyond the conference. Participating at a distance meant that we could not always hear all that was discussed in the room but we were quickly drawn in through a series of short interactions in breakout rooms to think the unthinkable: how could open education be destroyed? Of course this was not something most of us would like to consider, it was painful to say and write the very things that the activity was asking of us. As the activity progressed through a google doc it became clearer to me why it was important to think such unthinkable thoughts. Please take the time to read what came out of the session. The facilitators managed to get us to recognise and acknowledge how we must actively participate in keeping the open movement alive, how important it is to walk the walk not just talk the talk.

Having reflected on this experience, I realised this morning how important it is to bring historical parallels to the fore if we are to really understand the threats to open education. We are probably all aware of the Nazi’s agenda for a”final solution“. The determination to “cleanse” society of what they considered to be the weakest elements. The agenda was deeply racist but was about more than the genocide of Jewish people. It included too all those who were disabled, the poor, those who had lifestyles or religious views which were not part of the Nazis “ideal” society. It was “sold” to the German public at the time as a way to improve their living conditions in the face of harsh economic conditions. Many were silent as it unfolded, many probably justified their lack of opposition because they wanted to believe in the hope that they were going to benefit from a better way of life. Backs were turned to the cruelty which was enacted on their neighbours and individual acts of cruelty and hatred were tolerated. They were complicit in one of the most despicable events of the 20th century.

This brings me to the messages we have seen in the UK and the US in more recent times and the increase in hate speech and discrimination.

In the UK those campaigning for us to leave the European Union told the British public that there would be more money to support our struggling public health service.

In the US, Trump proclaimed that he would build a wall and impose a travel ban to make America safe again.

The rhetoric will no doubt appeal to some, indeed it appealed to a wide enough audience to get support at the polls.

Other simplistic discourses exist around the use of the internet. Its very existence is blamed for terrorism, radicalisation and “fake news”. The proposed solution here is to increase censorship, to exclude the voices of sections of society in the name of protecting ourselves. The “us and them” discourse of division.

The open education community needs to use all their many talents and skills to expose these discourses for what they are. Land grabs which support the powerful and remove diversity from our societies. We must show the value we place on difference and tolerance. We have to speak up and win the argument for a world where everyone matters equally.

With thanks to the organisers of the Destroying open ed session.

We have an open community space and forum where we invite all interested in Open Education to discuss and share in order to help us inform policy makers and bring together the many voices of Open.
If you are an ALT member you can use your ALT credentials to post in the community forum. If you are not yet an ALT member you will still be able to post to the OE SIG forum by clicking the image below and registering as a community group member.

The Open Ed Blog is published by the Open Education SIG hosted by the Association for Learning Technology (ALT). The views expressed on this site are the opinion of the author and do not necessarily reflect the views of ALT. The text on the Open Ed Blog is unless otherwise indicated licensed under a Creative Commons Attribution 4.0 Licence.