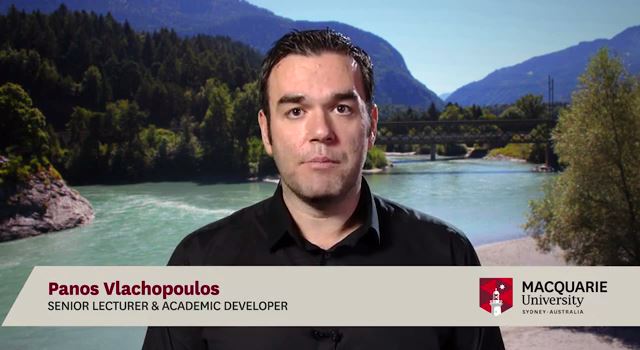 The Question of ‘Disruptive Technologies’: some heretical thoughts

Imagine the landscape of the river Rhine: an image of nature in its full natural essence. The river flows freely without any disruption. There is only the natural noise of the water and no human intervention. Martin Heidegger, one of the most influential thinkers of our era, invited us to consider the river as a metaphor for human ability to understand and use technology. In his essay ‘The Question Concerning Technology’, he asked us to imagine the same landscape again, but this time with a wooden bridge that has connected the two banks of the river for hundreds of years. The essence of the river remains the same: the water flows freely, there are no major disruptions to the ecosystem and no pollution as a result of this human intervention in the landscape. The river retains its own value, we simply cross over it. Now consider the landscape with a hydroelectric plant built into the river. A dam has been created, the river flow has been changed and the water is now being used to run a power station. The essence of the river and the way we see and use it have changed because of this intervention. Heidegger hates the dam not because it damages the river but because it reduces it to something else, something that no longer stands on its own.

Heidegger’s essay has recently attracted attention in the field of educational technology. The essay itself is very complicated, so I am not going to attempt to analyse or critique Heidegger’s position on technology. However I feel that there is an important point worth putting forward for further thinking and discussion in relation to creation and disruption with new and emerging technologies.

Humans are capable of two aligned but distinct ways of bringing about things:

For example, a forest full of trees may be seen by humans as a national park where they can enjoy and co-exist with nature (‘bringing-forth’) or it can be seen as a commodity, as a source of furniture or paper (‘challenging-forth’). A debate about whether ‘bringing-forth’ or ‘challenging-forth’ are arbitrary constructs is beyond the scope of this opinion paper but I will attempt to make a parallelism with learning and technology. Please bear with me as I unpack my syllogism.

Learning is a natural process that has been part of our existence since we were first considered modern-day humans. It is the river that naturally flows in our and our students’ life. We invented schooling and pedagogies that are the wooden bridges between our own individual learning and education (and shape our learning in any given societal context). Still, the essence and value of learning remains the same and the individual learner is the core agent in the learning process. We can and we have built new bridges, that connect different parts of the river, but we have not considered changing the essence of the river itself: the essence of what ‘to learn’ is. Not yet, Heidegger would argue, because of the technologies available to us. So, we haven’t actually disrupted the landscape. But can we really disrupt the landscape of learning? If we were to start building dams that aim to disrupt the flow of learning and eventually change the essence of it as we know it, have we considered what the new river will be? If, for example, we invent technologies that are able to think for us and offer us solutions to problems before we get an opportunity to problem solve; if we develop devices that can ‘help’ us transmit information to each other without the need to communicate verbally or in writing; or if we build a hydroelectric station in our river that would turn our thinking into big data that can be passed to anyone, then do we compromise the essence of learning by disrupting its ‘standing-on-its own’ nature and reducing it to information processing? Ellen Rose and other scholars have already started problematising the status of thought and learning with the use of new technologies.

My purpose is not to write against technology. What I propose is that we, the educational community, need to carefully consider the deeper implications when it comes to new and emerging technologies. We need to have a developed way of thinking that lies behind the creation and the use of technology. As Heidegger wrote “we can say ‘yes’ to the unavoidable use of technological objects, and we at the same time say ‘no’ insofar as we do not permit them to claim us exclusively and thus to wrap confuse and finally lay waste to our essence”.

Keynote presentation given at 3rd ACU Learning and Teaching Conference