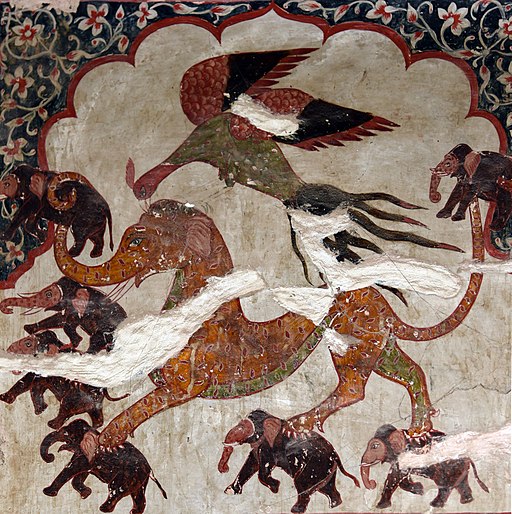 Hybridity in the scholarship of teaching and learning.

“Yali (also known as Vyala or Vidala in Sanskrit) is a mythical creature seen in many Hindu temples, often sculpted onto the pillars. It may be portrayed as part lion, part elephant and part horse, and in similar shapes… the graceful mythical lion is believed to protect and guard the temples and ways leading to the temple.”

In June I posted for the very first time to the ALT listserv ALT-MEMBERS@JISCMAIL.AC.UK , replying to and adding my own posts on the following:

What is interesting about all three of these projects is that they either adapt existing technology or introduce additional elements to scholarship and teaching & learning practises in blended learning, to form what I dub as a Hybridity of the Scholarship of Teaching & Learning… or is it the Scholarship of Hybrid Teaching & Learning? My approach to Hybridity falls more in line with Bhabha’s work on Hybridity and Third Spaces – that the hybrid form (or the “otherly”) is a natural and unique result of the clashing and interacting between different cultures and systems – and considers a contemporary definition of the term that includes two or more (and not just two) components. Kraidy (2005), I believe, posits this quite well in his chapter on “The Trails and Tails of Hybridity”.

For those of us in Education, the turn-of-the-century paradigm shift(s) in our industry / profession are perhaps quite clear, but I propose that there is another paradigm shift that has been evolving and working in tandem with (or perhaps unrecognised by) this shift. I illustrate my three earlier examples here:

While the initial fanfare over Second Life has subsided over the years, a number of tertiary institutes and educational apparatuses continue to be represented, although perhaps more as opportunities for research rather than as thriving communities of learners and teachers.

The project is a carnival of collaborative and interdisciplinary learning systems which includes a Virtual Self-Access Centre (VSAC) that hosts a language learning system in the form of a spin-the-wheel, and dedicated task:

One example of hybridity, in the case for language learning, is i) extending autonomous language learning and ii) the blended (virtual) environment to include iii) interdisciplinary knowledge acquisition and sharing.

Alternatively, the VCE3i Introductory & Educational Video offers an overview of the learning systems, as well as a demo segment on the task.

The Scholarship of Teaching and Learning, in my humble opinion, is itself a hybrid construct, facilitating the infusion of an even wider and innovative range of pedagogical diversity.

The call for proposals currently in circulation invites creative writing educators, research students and practitioners to submit abstracts for a proposed volume of international essays on use of hybrid poetry in T&L initiatives. The decision to highlight hybrid poetry was due, in part, to the fluidity and adaptability of poetry, and the new ways of thinking and understanding made possible through the re-contextualising of original language. Bhabha’s postulations are especially appropriate here: The blank canvas on which the hybrid poem manifests is the third space, where language in its multifariously distinctive and sometimes conflicting states, forms and functions converge into a hybrid “otherly” poem.

While hybridity is the poetry form itself, its pragmatism resides in

Here is the link to the Call for Proposals:

3) Inscribe: A journal of undergraduate student writing in and about Asia –

In Asia – in particular, Hong Kong – tertiary institutes tend not to actively support, practise or cultivate a student journal culture or community, and a majority of active student journals cater to the graduate student (Gui, Lo, Lim & Cheung, 2015).

Inscribe, amongst other functions, serves as one of the deliverables of the HK PolyU English Language Centre’s language enhancement initiatives for undergraduates. Including the pilot, it is currently in its fifth year of publication. The journal was developed following the precepts of a standard scholarly publication, with the addition of “language enhancement” services that emerged as academic affordances:

So, to draw my meanderings to a close, I’d like to query the following:

– What do others think about this secondary paradigm shift in Education and / or pedagogy that I have proposed?

– Does anyone practise, research into or read literature on hybridity either in T&L or in the scholarship of T&L? 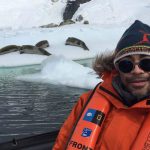