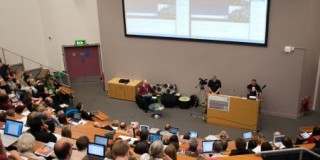 ALT-C 2011 – Thriving in a colder and more challenging climate

Over 500 delegates attended this year’s ALT conference held at the University of Leeds from 6-8 September. The theme of… View Article