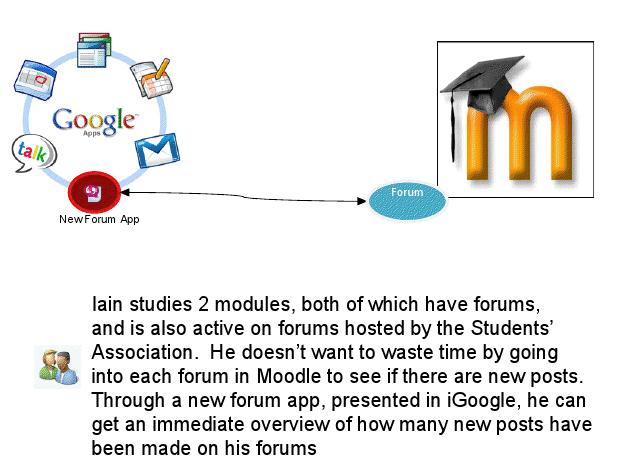 In this article I collate some of the key themes that emerged from guug11, the recent Google Apps for Education UK User Group meeting at Loughborough University. 130 delegates from 70 organizations attended guug11 to learn more about Google Apps and share their experiences. E-Learning was one of the key themes for the event, and a number of the speakers will be familiar to the ALT community. For more information about guug11, please see guug11.lboro.ac.uk.

Google Apps is a suite of ‘cloud’ based productivity tools, including: Google Docs (word processing, spreadsheets, forms, drawings and presentations); Google Sites (a simple Web Content Management System); and Google Groups (self-service mailing lists that can be used as sharing targets for other tools such as Docs). Google Apps also includes the Gmail service for web based email, and behind the scenes there are also developer tools such as Google Apps Script.

Google Apps has gained a great deal of traction in the education sector through its popularity with students, low barrier to entry, and adaptation of consumer technology already proven on a vast scale. In a recent survey of Higher Education IT Directors (Hamilton, 2010), over half the respondents were either running Google Apps in production service or had projects under way to implement Google Apps at their institution  (Table 1). At guug11 we also heard from teachers using Google Apps in primary and secondary schools, some with children as young as four.

It seems clear that the Google technology will play a huge part in the learning experiences of a generation of school pupils, college and university students. Where does this leave conventional technology such as the Learning Management System/Virtual Learning Environment (VLE)? Writing about the Open University’s move to Google Apps, Martin Weller (Weller, 2010) observes that:

“Like a lot of ed tech people I have argued that our role is no longer to develop bespoke educational applications, but rather to take existing tools and see how these can be used in education. Google Apps reinforces that view and makes you ask the question, ‘why do I need a Virtual Learning Environment, and not just a virtual environment we use for learning?’”

Rumours of my death have been greatly exaggerated

ALT members will be well aware that there have been no shortage of people lining up to declare the VLE dead –  see Weller (2007) and Wassall (2005) for example. At guug11 the OU’s Niall Sclater expressed a contrary view, highlighting the potential complementarity of the two systems and some current limitations of Google Apps (Sclater, 2011).

Readers may be particularly interested in the examples he cites of integration between Google Apps and Moodle. In Figure 1 I have singled out a particular case where Google Apps is used to add value to Moodle by aggregating forum posts from the student’s enrolled courses.

Manish Malik and Steve Wheeler (Malik and Wheeler, 2011) led the charge for Google Apps as the first of the true ‘Cloud Learning Environments’ (CLEs), providing a framework where learner and instructor could finally meet as peers.

As we gear up for this Summer’s Personal Learning Environment (PLE) conference in Southampton (see pleconf.com) it may be interesting to consider the nuances of ‘Cloud’ versus ‘Personal’. Fielder and Väljtaga (2010) have noted that there are a variety of interpretations of the PLE, ranging from fully blown architectures to a loose affiliation of tools and services – the latter potentially extended to include the likes of favourite pens, pocket calculators and use of whiteboard, flipchart etc.

Malik and Wheeler posit that a CLE has elements of the personal. For example, the Google Apps tools may already be familiar from use of a personal Gmail account. The student is also able to use their personal learning network of contacts, through the extensive range of sharing options supported by Google Apps. In Malik’s survey of University of Plymouth students, 32% reported using their Personal Learning Network through the Google tools (Malik and Wheeler, 2011).

It may be significant that 19% of respondents in the Plymouth study used the institutional Google Apps tools for personal purposes, something which is difficult to imagine with ‘traditional’ institutional systems and services. Indeed in the typical VLE the user would find it difficult, if not impossible, to share resources outside the institution, assuming that student generated content was permitted in the first place. A nice overview of the issues is available in Kennedy (2009) – this itself being a paper written by an undergraduate student. It is also worth bearing in mind that the full range of Google services is now available via Google Apps (including “Personal Web Tools” such as Picasa and Blogger), thus further blurring the distinction between the institutional and the personal.

Zoe Ross and Mark Allen presented on their use of Google Apps in schools (Ross, 2011), with an additional video contribution from Steve Philp (Philp, 2011). This was a particularly positive and inspiring session which for me really set the tone for the event.  Zoe and Mark provided ample evidence of the benefits of giving school age children access to cutting edge tools for communication and collaboration. Particular highlights included:

●        Collaboration across a whole class to gather data in a shared spreadsheet and visualization.
●        Using real-time chat to discuss the work being done.
●        Peer and teacher review of assignments.
●        Easy to collect and collate feedback, with form responses automatically populating a spreadsheet, with graphic summary.
●        Easy to involve parents: objects created within Google Apps can potentially be shared outside of the school.
●        Tools can be used from anywhere with Internet access: no need to be in the school ICT lab or have licensed software installed on personal computers at home.
●        Automatic version control and backups of documents.
●        Optical character recognition from images and PDF documents.

Steve Philp took all of this one step further by walking us through the Google Apps based CLE at his primary school, and the benefits that he sees from this development. Steve was unable to attend in person, but recorded a short video.

Steve’s talk made it abundantly clear that Google Apps is already more than capable of carrying out large proportion of the tasks that we routinely see VLEs performing. In my own experience the equivalent functions are often more engaging and accessible through the Google Apps tools, which is perhaps not surprising given their consumer roots.

Lecturers and Learning Technologists might well wring their hands at lost functionality (at present there is no SCORM facility within Google Apps, and no trivial way of achieving timed release of resources), but it is also easy to see that a generation reared with best of breed communication and collaboration tools might feel short changed on entering Higher Education only to discover that the user experience of their institutional IT systems lagged far behind what they had experienced at school or college. For the record – at Loughborough we have put considerable effort into enhancing Moodle in specific areas, which we feel gives us a competitive edge and nicely complements our the ‘free for all’ of our student Google Apps domain. My intuition is that an institution that was simply running an out-of-the-box VLE installation might feel very differently, particularly if license costs were a factor.

Cloudy with a chance of meatballs

Martin Hawksey (Hawksey, 2011) and Tony Hirst (Hirst, 2011) both presented on the mashup potential of the Google tools, using examples from their extensive body of work in this area. Tony and Martin are premier mashup artistes, and I was very excited to have both of them presenting at the same event.

What these two talks highlighted for me was the degree to which Google Apps is a platform, with extensive scripting capabilities – particularly around the spreadsheet tool in Google Docs.

Indeed I suspect that many Google Apps users are blissfully unaware of the hidden depths of Google Apps, made accessible through spreadsheet macros and the Apps Script scripting language. The latter is essentially JavaScript with a series of Google APIs and ‘helper’ libraries including the likes of JSON parsing. To fully appreciate the power of this technology, I have included Martin’s example of a Twitter client written in JavaScript, shown in Figure 2.

With the level of interest shown by guug11 attendees and the wider community, it is clear that Google Apps is now a mainstream technology in our education environment – the Google Apps for Education service has over 10 million users worldwide. Popular perception may have been that Google Apps was all about student email, but I hope that the evidence I have marshalled above shows that it has much more to offer.

It follows that Learning Technologists may wish to take a ‘deep dive’ into the Google tools, and ask themselves what they can do to add value beyond training and familiarization – Martin Hawskey and Tony Hirst’s work may offer a few pointers here. I would also venture to suggest that Heads of E-Learning might wish to consider the pros and cons of a CLE when their VLE is next up for review.

As the organizer of the guug11 event, I was gratified to see that Google Apps had the critical mass to attract a large audience who were deeply engaged in the subject. As a metric of this, the #guug11 Twitter hash tag had seen some 1,000 tweets by the close of play, with over 50 remote participants. I was keen for guug11 to be an amplified event, and had taken a number of steps to encourage this – for more information, see Hamilton (2011). Finally I would like to extend my thanks both to the speakers and to Google for their contributions and support.

Philp, S (2011) Google Apps after six weeks: the why and the how. Video for guug11: frogphilptech.posterous.com/google–apps–after-6-weeks–the–why–and–the–how

Wassall, T (2005) The VLE is dead, or is the announcement of its demise a little premature? Personal blog post: terryw.edublogs.org/2005/09/29/the–vle–is–dead–or–is–the–announcement–of–its–demise–a–little–premature/