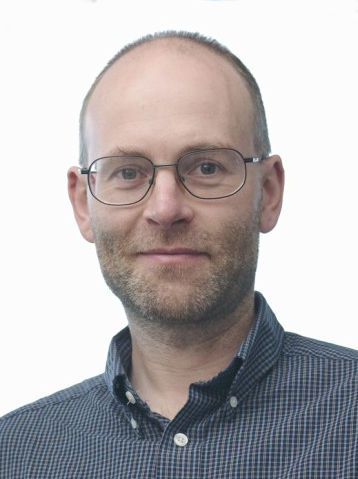 A week in the life of… Adam Cooper, JISC CETIS 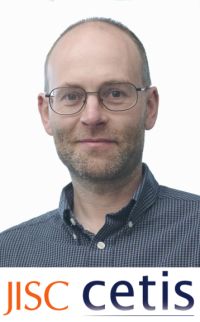 A little self-introduction may be helpful: what is “JISC CETIS?” CETIS is the Centre for Educational Technology and Interoperability Standards, of which I am co-director. Over the last six or so years it been working for JISC to support their innovation programmes, especially the teaching and learning focussed programmes. We are housed in the intriguingly named Institute for Educational Cybernetics at the University of Bolton. This does not mean we build educational robots! It does mean we are interested in “systems thinking”, in forms of organisation, and the role of information in the context of education. We see the social and technical aspects of how we teach and learn as being entangled and take the view that managing change requires an understanding of both aspects and of how they interact.

Monday is a first, the inaugural UK SoLAR Flare, a meet-up of people interested in Learning Analytics. I like word-play but the downside is that Googling “solar flare” is pretty unhelpful. The meeting is hosted by the Open University, one of the instigators of SoLAR (the Society for Learning Analytics Research) and co-organised by CETIS (thanks to Sheila MacNeill). Learning Analytics is concerned with using data to improve the outcomes of teaching and learning. It is a contentious area because we don’t agree on what “improve” means but there are some really powerful analytical and visualisation technologies that could make a difference in the right hands.

The meeting is very dynamic and interactive, quickly moving from introductions into lightning talks. I give one in which I offer a mildly provocative complaint that pretty social network diagrams don’t really get us far enough in understanding social networks and social processes. My suggestion is that we should investigate how different models of social process such as “birds of a feather flock together” or “your friends are my friends” might lead to different social network structures. The idea being that similarity between real social networks and simulations from the models indicates plausible underlying social process. As usual, I try to say too much in the time allowed; I’d rather cause confusion by trying to cram too much in than cause boredom by getting no further than introducing an idea. It is for others to say whether I was both confusing and boring.

The afternoon session moves on to discussion groups and a final “all-in” discussion. Lots of points are made from many different perspectives and it is clear that we are all getting to grips with what Learning Analytics might come to be. There are good points made about not just doing what we do now only better, and wariness of the risks that efficiency-focussed perspectives might define “better” in ways we disapprove of. On the opportunity side there is interest in the way analytics might make a wider range of learning activities acceptable for the mainstream by making them more assessable, both formatively and summatively. Other discussion considers participation in the Learning Analytics community. While I am quite pleased to see a range of people at an inaugural meeting, others would have liked to see more people whose day job is in the classroom. I think we all agree with Doug Clow’s comment that it is never too early for participative design.

A fantastic day, especially the lively discussions over coffee and lunch.

Another day out of the office but a bit less unadulterated fun compared to Monday and with a suit and tie to match. Today is a trip to London and a meeting of the Information Standards Board for Education Skills and Children’s Services. It is such a mouthful we just call it “the ISB”. The ISB is jointly supported by DfE and BIS but the agenda has generally been quite schools-focussed, with DfE’s procurement of a data warehouse for schools performance data being a major driver over the last year or so. This time, however, the meeting has been extended with a presentation and discussion about the HEFCE funded project “Redesigning the Data and Information Landscape”, which is being led by Andy Youell from HESA. Andy starts by outlining the astonishing number and diversity of data collection requests and requirements that a university typically services annually. It is clear that the same or similar data is being collected many times and that everyone would be happier if things were more streamlined. The big issue here is really governance. How, for example, can we move from the current situation where several agencies might require data about student participation, and do this in a way that suits their customs and specific business need, to a situation in which there is a consistent and standardised way in which HEIs can provide this data once and for all?

The afternoon moves onto the main agenda and a report on a meeting between the ISB’s Technical Support Service and the Ordnance Survey about the National Address Gazetteer, which provides a database for address verification. Their report triggers a bit more huffing and puffing than the usual item does. I have a bit of a rant. This is a classic case where, in the digital age, gross social welfare would be increased most by making the data freely available rather than setting up self-funding independent ventures, “GeoPlace” in this case. The current stance of the Ordnance Survey is reported as being that non-profit making activities would be OK under the public sector licence available for the gazetteer. There is general agreement at the ISB that this is unworkable as the higher and further education sectors change, as college groups buy training providers, as private entities get degree awarding powers, etc. Like it or hate it, the public/private distinction is getting messy and information about students and their addresses will often have to cross over.

Yet another day out, but an easier trip from the Peak District into Sheffield this time for a workshop meeting on open source software in the public sector. This isn’t something I would normally go to but my colleague Scott Wilson, who is now service director for OSSWatch, the JISC-funded advisory unit for open source software, tipped me off that Tariq Rashid will be present and speaking. Tariq is a civil servant in the Cabinet Office and we’ve been very encouraged by the raft of policy documents and consultation that has recently emerged from the Cabinet Office. They really do seem to have some very up-to-date and well-informed views on open source, open standards and public sector information. Tariq’s talk is clear and indicates a purposeful approach to getting government IT procurement to be better informed about open source and open standards and… better in how it is done generally. I am impressed by his responses to questions and also by the way he listens carefully to all contributions.

Time for some catch-up and then on to finalising a white paper that looks at definitions of “analytics”, not just Learning Analytics, and tries to distil the essence of what analytics is. Even though I thought I had been through it with a tooth comb, there are lots of edits to do thanks to Lorna Campbell’s even finer tooth comb and better grasp of the English language. The paper is one of a series we have been writing and commissioning that ranges from the introductory to the slightly esoteric and covers topics such as analytics for teaching and learning, ethical and legal considerations, professional practice, infrastructure and tools.

All change for the afternoon; there is a workshop meeting between local creatives, community workers and techies. I think it must be the way I dress but no-one has any problem in knowing from which camp I come. To be fair, its mutual. I have some interesting conversations with the organiser of a Knitter Natter group and also with an artist/poet who is coordinating some community-created installation art to mark international women’s day. My tendency is to see creativity as being about creative solutions, maybe “ingenuity” would be a better word, but these people are not so hide-bound when it comes to ideas for smart materials, e-textiles, etc so after two hours I leave not as I arrived.

A change of hats today. I’m also involved with a European Commission funded project called TELMap, which is concerned with emerging trends in the use of technology in teaching and learning, a.k.a. “technology enhanced learning”, TEL. There are a couple of us from CETIS involved and a couple more from the department but for everyone it is very much a part time job. Bill, Li and Richard have mostly been working with stakeholder groups to explore the what they see as drivers of change and their desired futures. This sets the stage for some scenario planning and mapping out how they would get from where we are now to where they want to be. I have managed to find an opportunity in TELMap to satisfy my desires to do some practical work involving data mining and writing computer code. Its only a few hours a week overall but I’m keen to spend a bit of time doing analytics rather than just pontificating about it. And in this case there are no students I can harm by getting it wrong so its a good opportunity to learn something new: text mining.

The task in hand today is to finish off investigating whether the “TEL Blogosphere”, represented by around 700 blogs and over 7000 posts annually, matches our assumptions of trends in technology application to teaching and learning. Our list is a bit old since the work started over a year ago so we have “MOOC” listed. In spite of MOOCs being an unmissable trend, the text mining adds some detail and gives confirmation of what was really going on, at least through the lens of our collection of bloggers. It shows the pretty steady pick-up in 2010-11 followed by near-explosion in 2012. It also shows the point at which the xMOOC/cMOOC distinction begins to be drawn. I look at gamification too, a topic that gets my colleague Paul Hollins on his high horse about ill thought out attempts at bolting-on gamification. Gamification clearly has its enthusiasts but hasn’t gone nuclear as MOOCs have so I really don’t know what to expect… and the first results are a bit inconclusive. Earlier in the year it looked like gamification had been just a flash in the pan but by the turn of the year there is evidence of a more concerted rise. This is one to watch.

I find that trying to tell a story around the trends and to propose explanations for the way the topics seem to evolve in time is really quite hard. Although the text mining is showing up some of what is going on, and helpfully challenging the understanding I have based on my own experience, there are always more questions. Some are unanswerable except through discourse and a few could be addressed with a bit more text mining, if only I had more time, more text and more talent…