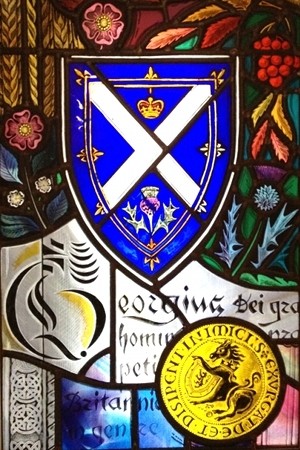 “We broadly support open licences and OER and need a serious public debate on this issue.”

This was the Minister for Education’s response to a question I put to him at the end of January regarding Scottish Government support for open education policy and open licences for publicly funded educational resources in order to benefit learners, not just within Scotland, but internationally.  The Minister was speaking at the Future of Higher Education In Scotland and the UK event in Edinburgh, organised by the ESRC Fellowship Project: Higher Education, the Devolution Settlement and the Referendum on Independence.

In a wide-ranging speech outlining the Scottish Government’s vision of higher education in an independent Scotland, Russell stated that we need an education sector that can meet the challenge of new technological advancement and institutions that can fully explore the potential of new technologies for learning. MOOCs and OER have great potential to form new pathways to learning, to widen participation and promote a culture of collaborative development and reuse. Consequently a core group supported by SFC has been established to look at the benefits of OER and promote online learning resources produced by Scottish universities.  This group is composed of the Open University and the Universities of Edinburgh, Glasgow and Strathclyde; UHI may also have a role to play.

While it’s hugely encouraging to hear the Minister for Education acknowledging the importance, not just of the inevitable MOOCs, but of OER and open education more generally, I have some concerns that with such a narrow group of stakeholders involved in the core group, the scope of the debate might fail to encompass the wider benefits of open education to the Scottish sector as a whole.  Open education policies and practice have the potential to benefit teachers and learner right across the sector, in schools, colleges and universities, in formal and informal learning scenarios, and to support life long learning right across the board.

As yet, no further details have been released regarding the nature of the core group activities and the level of SFC investment, so we will continue to watch these developments with interest.

A summary transcript of Russell’s speech has been made available by the Scottish Government here. The relevant paragraphs relating to open education are as follows:

“I am very encouraged by the potential of massive open online courses – short courses delivered online that can be taken by anyone, anywhere. Of course, we must ensure quality of provision, however, free resources such as these have great potential to provide pathways to formal learning and widen participation in higher education.

“That is why I have indicated to the Scottish Funding Council that, in supporting this new work, they should facilitate the best open practice in Scotland and enhance the sector’s capacity and reputation for developing publicly available online learning materials.

“It is a very exciting prospect that a student anywhere in the world can access materials presented by world-class academics working in world class Scottish universities.

Martin Hawksey has made a twitter archive of the event hashtag available here: #HEScot and all papers from the event have now been uploaded here:Seminar 3: The future of higher education in Scotland and the UK.

This post was originally published on openscot.wordpress.com and is re-posted here with the author’s permission