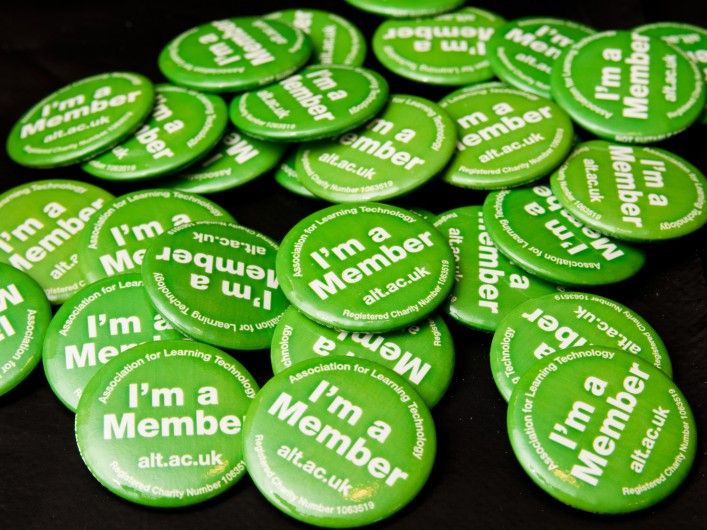 Shirley Evans is a Trustee of ALT, Chair of the Membership Development Committee and a member of the CMALT Development Group

I first became involved with ALT some 15 years ago back in 1999. I was working in a college and was tasked with looking into virtual learning environments and whether they could be used by blind and visually impaired students. New to the technology arena ALT came up as a vital organisation to get involved with. I found it to be an invaluable source of information, networking with experts in the field who also welcomed the opportunity to look at the accessibility aspects.  For a few year years I presented at the annual conference and attended events. I then had a change of job role, still keeping up my subscription and dipping in and out of ALT. It really helped me keep up to speed on the big stuff happening in technology and learning and teaching.

I re-emerged some time later in a technology focused capacity, attended the ALT conference where I as was quickly re-embraced into the community, applied to a call and was appointed to the Membership Development Committee. At the same time I completed my CMALT portfolio and after six months became an assessor and then a member of the CMALT Development Group. I found the assessing quite challenging at first in that it is quite a responsibility carrying out peer review but there is such brilliant support in and around ALT that I am now very confident and believe I have a lot of CMALT expertise.

I was proposed and voted in as Vice Chair of the MDC a couple of years ago and when my predecessor came to the end of his term I was proposed and seconded as Chair and became,  therefore, a  trustee of ALT. This was a very proud moment in my life and in fact quite a pivotal point in my own self-belief and professional awareness.

Does this role take up a lot of my time? Well, per year, there are three MDC meetings, two of which are virtual, to Chair and three Trustee meetings to attend. Plus it helps if you attend the annual conference, not just for the AGM of course but to get the full ALT experience. This is important as from time to time you might be asked if you are free attend a meeting to promote ALT so it is good to be able to walk the walk so to speak. For example I have recently represented ALT at a Jisc Co-Design consultation and an event to promote the ALT Wales SIG. Some months it might take up a day and others it might be a couple of days, or more if you attend a meeting or get involved with CMALT or OCTEL for example.

So 15 years down the line I still firmly believe that ALT is a vital organisation to get involved with and I wouldn’t be who I am today without it. As a trustee of ALT it is important to promote the values of the Association one of which is about being participative and encouraging members to take active roles in the association. Have I encouraged you?

To hear Shirley Evans & Doug Gowan talk about why they became a Trustee, what the role involves, and how you can become an ALT Trustee attend the free webinar on Thursday 22 May at 12.30 BST. Click here for full details and to register.