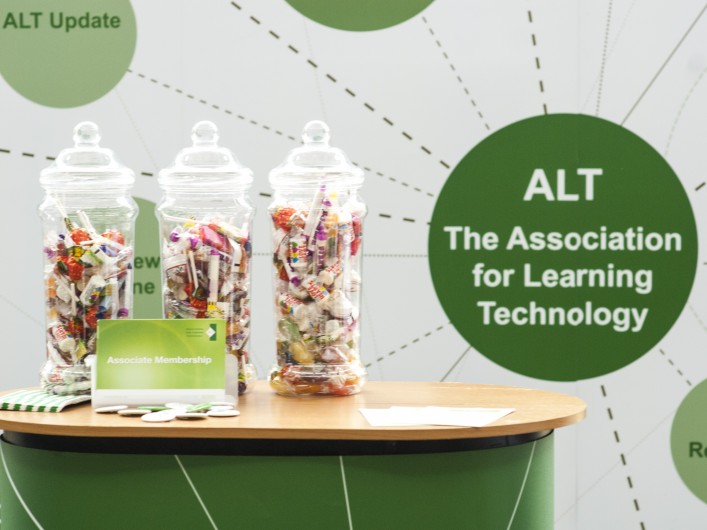 It’s August and in less than a month ALT’s annual conference will bring together a big part of our community in Warwick. Yet while conference preparations are certainly going full steam ahead, there is much going on elsewhere in the Association that I want to draw your attention to:

Trustees invite all members to attend an open webinar session about the proposed changes. The webinar will take place at 12 noon (BST) on 12 August 2014 and can be accessed here.

More ways to get involved in ALT

There are currently a number of opportunities for members to get involved in ALT, including a call for expressions of interest to join the editorial team of this newsletter and to join ALT’s Operational Committees. There is also an early call for the 2016 conference co-chairs open until the end of September. Look out for further opportunities over the coming weeks and months.

Connect with the community and ALT

Over the past year we have expanded the ways in which we communicate and support our members networking online, the work being led by the Communications and Publications Committee and Allison Stevens, Communications Officer. If you aren’t already aware, you can follow ALT on Twitter, LinkedIn, Google Plus and Flickr. You can also subscribe to ALT’s YouTube channel.

At the end of June ocTEL 2014 came to a close. Here I want to acknowledge what our community of authors, tutors, presenters and participants have built together, supported by Martin Hawksey, ALT’s Chief Innovation, Technology and Community Officer. ocTEL 2014 has reached 1000+ people from 50 countries, contributing a total of 5,600+ tweets, 1,600+ badges, close to 1000 forum posts and hundreds of blog posts over 6 weeks. This is a real achievement and the feedback already collected has been very positive and valuable. There will be a session about ocTEL at the annual conference in September where you can find out more.

Together with the ALT staff team and all the members involved in the organisation, I look forward to this year’s annual conference – now just a few weeks away. An exciting three days have been planned and more information about each day and the programme overall is available here. Or read what this year’s Co-Chairs are looking forward to here.

If you haven’t yet registered to attend, it’s not too late: register for altc2014