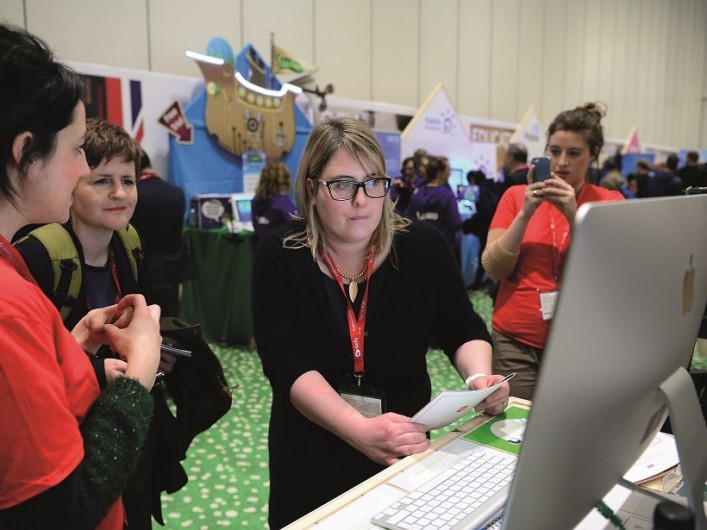 Looking back at the Bett Show 2016

This year’s BETT show in London offered 4 days of inspiration from the world of education technology. What was this year’s Bett Show like for you?  ALT’s Chief Executive Maren Deepwell and Chief Innovation, Technology and Community Officer, Martin Hawksey were there this year and share some of their highlights including how they got involved.

“My highlights from the show this year were the Further Education and Skills programme and the Bett Futures area of the exhibition. As a speaker on the Wednesday of the FE & Skills learn live programme I was really interested to see how much more presence this sector had this year. From sharing new initiatives or best practice to discussing policy like FELTAG I felt that there was far greater presence across the board than in previous years. With so much pressure on providers from all sides it is encouraging to see many discuss how Learning Technology can help meet some of the biggest challenges we are facing, promote learners’ success and highlight the need for effective support and professional development for teachers and trainers. Open courses like Blended Learning Essentials, which I was talking about, can help with upskilling staff across an entire institution.

Across the hall I explored the Bett Futures area, which was launched in 2015 “as the new, purpose built home for the world’s most inspiring ed-tech start-ups, right in with the action on the BETT show floor. The area has been introduced to celebrate brave thinking, new products and education ‘game changers’.” Amongst the stands I visited was a Virtual Reality app for handheld devices that provided a low-cost. flexible way to bring VR into the classroom and was demonstrated with a particularly eye catching anatomical glimpse into what the human chest looks like inside. Also on my tour was a start up promoting a new online tool for learners at schools and colleges to build CVs using a simple online interface and encouraging learners to identify skills developed outside the classroom. I learnt how to do some simple programming of a new robot that you can build yourself using colourful kit and tested some maths skills training. Seeing entrepreneurs in action reminded me of the immense potential that Learning Technology has for everyone – exciting times!”

Martin looks at obsolescence and barriers in learning:

“I’m unashamedly interested in new and ‘shiny’ developments particularly from the Higher Education sector. Saying that my day started at the Bett Arena listening to Sugata Mitra talking about ‘Schools in the Cloud’. I first heard Sugata speak at the ALT Annual Conference 2010 and his post on the Self Organised Learning Environment (SOLE) School Support Pack on the #ALTC Blog from 2012 regularly tops the most read list. Part of Sugata’s talk was on obsolescence highlighting as new technology emerges previous skills disappear, his example being we’ve gone from coachmen, to driving our own cars, to the possibility of driverless cars. As part of this Sugata suggested that: “Reading, writing and arithmetic should be de-emphasised and replaced with comprehending, communicating and computing”. Sugata acknowledged that the 3Rs are for many “sacrosanct” and I personally find it an interesting challenge to consider what education would look like if emphasis was placed in other areas. I don’t by the way have an answer but perhaps you would like to share your own views in the comments.

I ended my day in the ‘Overcoming barriers to the adoption of eLearning’ session which was part of Technology in Higher Education Summit. It was interesting to hear case studies from the University of Bath and UCL on their approaches to moving staff towards technology enhanced learning. This is a multifaceted problem requiring a range of approaches including the recognition and accreditation of staff achievement and needless to say I was delighted to see UCL highlight how CMALT was used, in particular with small cohorts of staff, to build community and provide accreditation.”