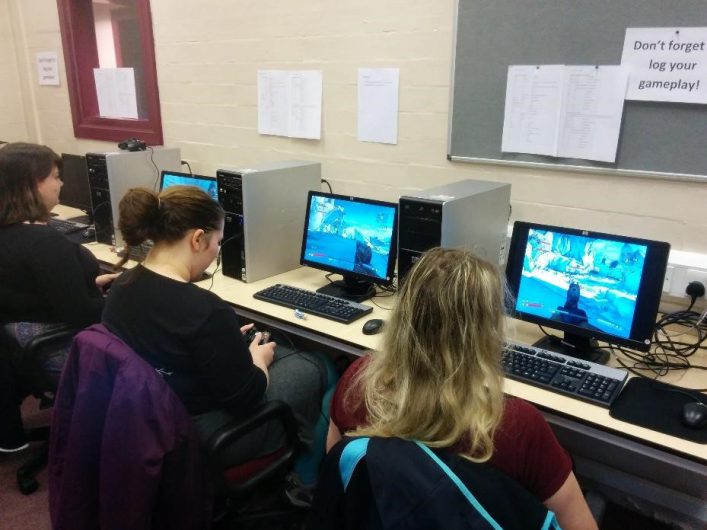 Despite a growing body of writing on the subject of game-based learning – Gee’s What Video Games Have to Teach Us About Learning and Literacy remains the most commonly-cited text, and is an inspirational read – there persists a certain snobbery around the use of video games in higher education.

Seymour Papert once suggested that the mating of education and entertainment had resulted in offspring that keep the bad features of both parents and lose the good ones, accurately describing the rise of ‘edutainment’ in the 1990s. More recently, however, we have seen a proliferation of educational games aimed at younger audiences, with public broadcasters such as the BBC and Channel 4 producing many excellent and innovative games for pre-school and school-age children. On the other hand, educational video games aimed at higher education audiences are much less common, possibly reflecting the more complex needs of the sector.

In my article Video games can develop graduate skills in higher education student: a randomised trial, the use of commercial video games – those titles which are created for entertainment, rather than educational, purposes – was explored, with a view to using the games to develop students’ graduate attributes (Barrie, 2006). Using a randomised controlled design, three such attributes were examined: communication skill, adaptability and resourcefulness.

Over eight weeks, the game-playing intervention group played specified games for an average of two hours per week. The control group did not play any of the specified games, and both groups were tested using previously-validated instruments for measuring the three attributes at the beginning and the end of the experiment. As it turned out, the average score change was significantly more positive in the game-playing invention group than the control group, on all three skill measures. A relatively small amount of exposure to selected video games – under lab conditions – resulted in gains in communication skill, adaptability and resourcefulness. 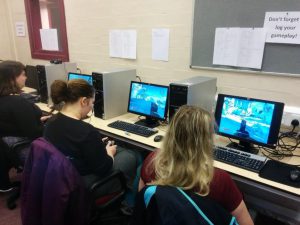 The selected games, which included titles such as Team Fortress 2, Portal 2 and Borderlands 2, were mostly multiplayer in nature, requiring students to communicate and collaborate in order to advance. However, a pair of single player titles – Papers, Please and Gone Home – were also included, which the students believed required them to exercise a range of other useful skills. In fact, student participants also suggested that the variety of games played was important, as being asked to play a different title every week or so also required adaptability on their part.

The decision to use commercial games was based on a couple of factors. It is an economic reality that the budgets enjoyed by many commercial video games far exceed any funds available to developers of educational titles. This disparity can be all too evident in the quality of the art and other in-game assets, and in the scope and ambition of the game play. The games used here were high quality titles (one of the game selection criteria was a Metacritic score greater than 80), fine-tuned and carefully polished to offer fun, engaging experiences. The educational benefits, while real, were incidental.

Furthermore, the use of commercial games avoids raising students’ suspicions that we are attempting to force ‘chocolate covered broccoli’ upon them – students can easily spot when an educational activity is masquerading as fun. Learning should be fun, of course, but there is something disingenuous about educational games that can sit uneasily with students.

The work indicates that video games may have a role to play in higher education – in developing important employability skills, no less. At the very least, these results suggest that dismissive or negative attitudes to video games may be outdated and ill-informed. It is also notable that graduate attributes, typically assumed to develop over the course of a three or four-year degree, may be enhanced in just eight weeks.

Gee, J.P. (2007) What Video Games Have to Teach Us About Learning and Literacy. 2nd edition. New York, Palgrave Macmillan.