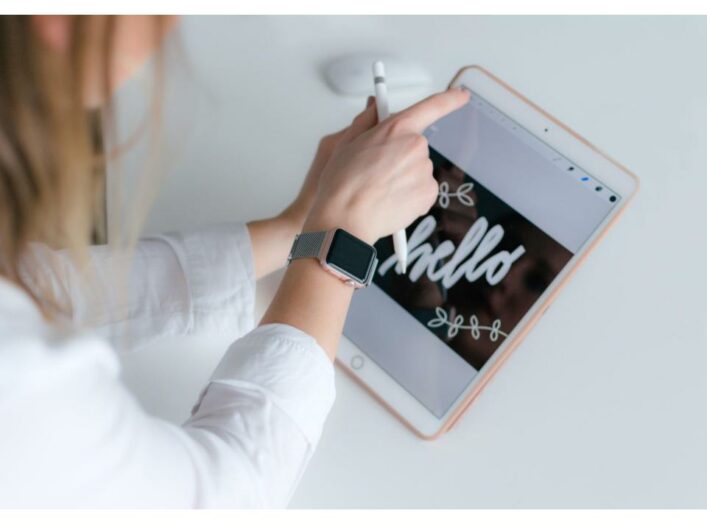 Apple’s iPad and iPencil(1) is a powerful tool as we increasingly move to online learning.   This article shares the experience of simple but effective use of this in online learning by the Accounting and Finance department at the Robert Gordon University.

Back to the Future for the Trusty Whiteboard

Online learning has seen significant development in the range of instructional technology used but some aspects of the classroom are hard to replicate with the traditional whiteboard (or OHP, flipchart or smart board depending on where you are on the technology spectrum) being a good example.  In accounting education, calculations are an inevitable part of teaching and the ability to write out and annotate calculations, or indeed narrative, has been difficult to replicate in the online environment.

The iPencil allows for seamless videos to be prepared to replicate how an explanation would be provided when aided with a whiteboard.  I have used (the free) Doceri app.  This is a whiteboard set up with a simple record button which then can be shared as a video.  The whiteboard can start completely blank or can be pre-set up with annotations which are then added to (which prevents long pauses for writing).  Pictures (or word etc files saved as a picture) can be used as a background to annotate on and iMovies can be used for basic editing (cutting out the postman coming to the door mid recording…).   A similar result can be achieved through screen recording in GoodNotes or similar note taking apps.   This will involve a little (and simple) editing to top and tail the produced video as it records everything on the screen including you starting and stopping the recording which you will probably want to take out.

An extension to this static presentation, the iPencil is also a useful addition to live online discussions.  Online classrooms, allowing two-way discussion, are frequently used on online courses and Blackboard Collaborate is a common platform for the provision of this.   In a face to face tutorial setting, the trusty whiteboard can play a key role in facilitating this discussion.  For myself, going back and forwards with discussion until a calculation is understood but also, and perhaps of more relevance to many other disciplines, was the ability to replicate what you would use the white board for – perhaps writing out a mind map or theory or writing key points from a discussion.

Whilst Blackboard Collaborate does offer a whiteboard, those of you who have used it with a mouse will know it is clunky and really of little value in complex calculations or indeed writing narrative.  The iPencil is a game changer.  To operate, the presenter should open Blackboard Collaborate as normal, most likely from a main computer, and also join the classroom from the iPad via the app.  Duel operation is required due to the iPad app having limited controls that the presenter may require.   The app used has a ‘quirk’ in that the volume automatically switches on when in use.  This gave feedback in keeping with a Bon Jovi concert the first time used for online discussion (I can only imagine their disappointment when I switched the app off and we were back to financial statements).  A simple solution (which took me more than a few days to work out) was to use headphones in the iPad so no shared noise between the two machines.

(1)  This article is based on the authors personal experience of the iPencil.  Similar outcomes could most likely be used with other brands.  However, having tried out a number of the much cheaper stylus which are compatible with the iPad I have found these to be much inferior and some what frustrating to use at the level of detail required.