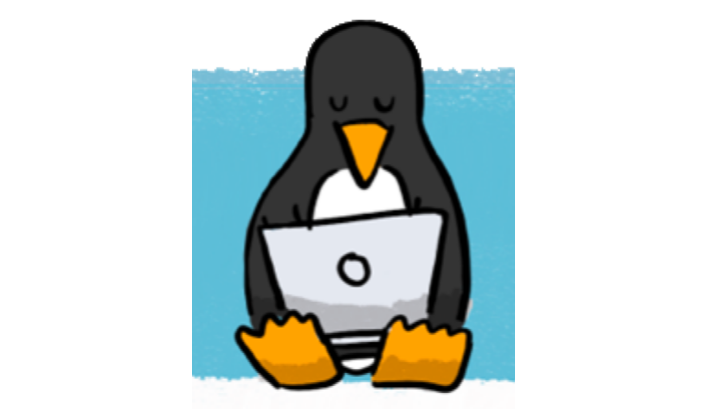 This guest blog post is framed by the 2010 political thriller film The Ghost Writer, thus taking what appears to be an ordinary autobiographical story and turning it into a story of intrigue, suspense, and revelation. In the movie, it was up to the ghost writer to dive into the story and determine the true plot line, not just what appears on the surface. As a network member, I’ve elected to become the ghost writer for the Global OER Graduate Network (GO-GN) for this guest blog post. The warm welcome written by the team [A warm welcome to #OER22 from GO-GN!] provides some starting points to get to know what GO-GN is all about, but I’ll reveal some of the hidden characters, plot lines, and settings that may not be evident at first glance.

Consider this post as a story about GO-GN, stories as verification and justification of why GO-GN is a great fit for the #OER22 conference. Just as the ghost writer character in the political thriller film faced in detecting the mysteries of the true story within the writing venture, so too do researchers within GO-GN face challenges involving intrigue, diversion, suspicion, revelation, technology, and lots and lots of writing. Fortunately for GO-GN researchers, the writing process has a more positive ending than the one occurring in Ghost Writer film.

When preparing for this guest blog post I reached out to GO-GN members and received some suggested plot lines for the GO-GN movie production. One GO-GN member suggested the narrative as a spy movie with Martin Weller as a 007 James Bond styled character who would be known for speaking in metaphors as his deadly weapon. Beck Pitt would be a trusted supporting character who translates the metaphors into clues about the missions, so others would know and understand what is going on in the film. The villain would be an unnamed digital spyware company who has created a diabolical data bot that hides within OER and turns all remixable OER into non-adaptable, disposable objects, all the while spying on you through your laptop. Another member suggests a connecting plot line to one written for OER18! [Breaking open: Ethics, epistemology, equity and power]. These will be saved for another story, at a different time. For this #OER22 audience, the story written here is a simpler one, revealing GO-

As with the film Ghost Writer, there are potential characters, plots, and settings that can be incorporated into the storyline. In the GO-GN network, there emerge themes through the organizational efforts and directions set out by the main characters as well as the research efforts of the supporting cast, the many members of GO-GN.

The story begins with GO-GN founder Fred Mulder, who is commemorated every year with special awards to members of the GO-GN network. Getting to know some of the supporting characters in GO-GN can be found through a YouTube playlist [GO-GN Doctoral Researchers] where they introduce themselves and their research endeavours. Further research and webinar presentations are included on the GOGN-OER YouTube channel. The characters in the GO-GN network is truly a global phenomenon, as revealed in this members map.

Just as revealed in the Ghost Writer film, the main characters may appear to be the key individuals in the storyline, but there’s often subterfuge involved that isn’t always discovered until the very end. With the introduction of the penguin as a main character, the GO-GN network may have a new focus for their story. Farrow and Mathers (2021) describe the penguin as a genderless and unnamed mascot, a visual representation of the researchers’ efforts and actions. While the penguin may claim to be the boss of the GO-GN network [Instagram, GO-GN penguin], members know and understand who’s really behind the scenes, setting up all the plans and actions.

Every story has a beginning. You may be jumping into the story somewhere along the plot line, but eventually the beginnings are revealed. The vision for GO-GN began in 2013, as revealed on this GO-GN About page on the website, is free for members and friends [GO-GN Flyer]. The work in open educational research began much earlier, as outlined in this Openness and Education: A Beginners Guide, created as a GO-GN OER. The storyline is guided by the ethos of “Tuko Pamoja”, described by GO-GN member Judith Pete as a “shared sense of purpose and motivation” (GO-GN, 2017).

The plot thickens when GO-GN members meet-up in various physical and virtual locations where they talk openly about being open educational researchers. This is demonstrated in this blog post by Dr. Bea de los Arcos [What happened when we put 14 PhD researchers inside an IKEA hotel (2018)].

Circles of intrigue emerge when GO-GN members become embroiled in other stories that sometimes set up alternate storylines. Two that bring depth to the story of open education include the special edition of Distance Education (2020) [Critical Questions for Open Educational Practices], and the Journal of Interactive Media in Education (2020). In addition, the FemEdTech Quilt story, as connected to the OER20 conference involved many GO-GN members in creating a physical quilt block and sharing it to an open digital audience, and shared in this blog post [Visualising the Global Heart of GO-GN]. The writing and editing of special publications have been parallel plot lines for GO-

GN members. GO-GN has co-created two guides [Research Methods Handbook; Conceptual Frameworks Guide: GO-GN Project Outputs] and several research reviews. Narratives are written and rewritten every year, such as evident in the GO-GN End of Year Special gathering and the 2021 Year in Review.

Settings and contexts in stories are important. As a ghostwriter, settings can be revealed both directly and explicitly, or subtly with image and word. The challenge for a GO-GN ghost writer is that the actions take part in pretty much every corner of the globe. The settings are diverse and disparate. While the main location for the GO-GN network is connected to the Open University in England, the settings for the network actions and characters occur in locations around the world. The characters change and the plot develops through the annual seminars and online webinars. The greater challenge is the virtual nature of much of the actions

The settings for gatherings of the GO-GN open educational researchers is revealed in the writings and pictures of those who attend these events, in settings both picturesque and memorable. Some are listed and linked, potentially revealing hidden elements of intrigue:

2017 Cape Town, South Africa – Two and a half days in Cape Town by B. de los Arcos and Life after the doctorate by J. Miller.

2016 Krakow, Poland – I opened, OpenEd, an opening by J. Miller and @GO-GN OER days in Krakow Poland by C. Nerantzi

While these settings may shape the options and opportunities for GO-GN characters, the stories materialize through the collaborations and sharing that happens within these settings. The reading and writing are reciprocal and emergent. In the end, all GO-GN characters are ghostwriters, creating their own research narratives.

Reading and writing the story together

The GO-GN story has no end, so the ending of this ghostwriter’s blog story is crafted as a mystery hunt where you can follow the clues to detect the GO-GN character that is the focus of this mystery plot line. By following the clues through the global connections, you will discover the true identity of these characters on the team. This mystery hunt is premised on the seven degrees of separation within any location in the world. Follow the seven clues written here will lead you to discover more about one person behind GO-GN, within seven degrees of separation. If you’d like to ghost-write your own mystery hunt in seven clues, please do so on your own blog and link to it on twitter with the #OER22 and #GOGN_OERGhostWriter.

MYSTERY story line – Who is the GO-GN member at the end of this mystery?

then find the third plenary speaker’s name and click on the link on their name.

Clue 4: From this website find the article that references a Star Wars connection. Click on the link to this article/blog post. Scroll to the bottom where there is a link to a reference for a conference that is named for a wintery treat.

Clue 5: Find the name for the first presentation in this conference. Click on the link to the slides presentation for this session.

Clue 6: On the first page on this slide deck there are two links to an activity. Click on the first, uppermost link.

Clue 7: Find the remix created by one of the GO-GN illustrious leaders that is closest to the start of the collection (sub-clue #1: it’s not on the first page of cards; sub-clue #2: This person’s highest skill in research has an 84% rating.)

Congratulations! You’ve reached the end of the path. Now it’s your turn.

Please share a tweet with this mystery character’s name to @OERConf, @GOGN_OER and include this hashtag #GOGN_Ghostwriter.

Again, if you’d like to ghostwrite your own mystery hunt in seven clues, please do so on your own blog and link to it on twitter with the @OERConf and #GOGN_GhostWriter.