Technology Enhanced Learning – a literature of hope or despair? 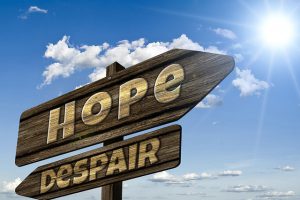 It was a wet and cold Friday morning in February when I posted this request to ALT-MEMBERS@JISCMAIL.AC.UK

‘End of week TEL challenge!  During my research I’ve found a host of reports critical of the claims of TEL and the quality of TEL research. Calling on Surowiecki’s ‘wisdom of crowds’ I wondered who on the list could point me towards evidence of TEL enhancing learning/teaching.’

The variety of responses reinforced how the question is relevant to everyone working within the technology enhanced learning field. If you aren’t already discussing or considering evidence of TEL impact, maybe this will change your mind!

Firstly here are some examples of ‘go-to’ research. Richard Mayer’s Multimedia Learning and Diana Laurillard’s Rethinking University Teaching were suggested as investigations which have stood the test of time. TEL-related journals (BJET, JIME, ALT etc) with ‘articles demonstrating the positive effects TEL has had on learning’ were cited, as was the recent HEPI report Rebooting learning for the digital age: What next for technology- enhanced higher education? and Improving Learning and Reducing Costs: Fifteen Years of Course Description by Carol Twigg.

As an advocate for inclusion, I was pleased to the benefits of TEL linked to inclusive practice, albeit with the caveat of ‘teasing apart the pedagogical, cultural, technical and competency issues’.  References to weak technology infrastructures which limited positive impact included running sessions where wifi connectivity fails, VLEs take too long to log into or features like audio have been disabled or are otherwise unavailable.

Another disadvantage cited was the slowness of traditional publication processes which risked research findings being obsolete by the time they were published. Should this affect the way TEL research is designed and disseminated in the future? Maybe an issue for ALT to pick up on? 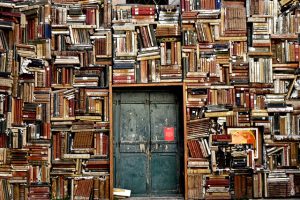 A number of analogies took the conversation into unanticipated places. I didn’t expect the appearance of horse drawn stagecoaches versus railways, the state of roads in Nigeria or drowning in a swimming pool of paperwork! The power of metaphor was discussed as either problematising TEL or becoming a valuable way to communicate the ‘messy reality of things’.

Jisc’s James Clay suggested when an academic asks ‘for the evidence to show technology can make a difference’ it’s a symptom of ‘resistance to change, culture, rhetoric and motivation’. For more on this viewpoint see ‘Show me the evidence’.

Former-colleague Kerry Pinny was also inspired to write a post entitled ‘In defence of technology’. Kerry argued it was the role of digital education developers and learning technologists ‘to question, to be critical of and more importantly think impartially about educational technologies’ as well as be realistic about what technology can actually do. Technological recommendations which are evidence-based appear more authentic than personal (and maybe biased) opinions. After reading Kerry’s post I was left wondering how many job descriptions contain the relevant criteria for candidates to demonstrate their possession of critical digital attitudes and practices. Do the CMALT portfolio guidelines stress this sufficiently?

Halfway through the week and the discussion showed no signs of slowing down.

It was suggested strategic and operational rationales for large scale organisational implementation of technology were rarely backed up by research. Where the evidence was offered this could be less about the ability to enhance learning and more about comparisons with competitors or issues around student satisfaction.

The need for evidence itself was questioned when ‘revolutionary enhancements to our relationship with knowledge/skills that online technology has brought about are surely blindingly obvious.’ For this contributor, having access to all the content on the internet via google was on it’s own a demonstration of impact. It was an interesting point although I’m not sure a browser is enough. It’s a bit like calling all students digital natives and assuming they have effective digital capabilities. The reality is students might appear avid users of social media, permanently attached to their mobile devices, but it’s risky to assume they’re all critically digitally literate as well.

The debate lasted a week, which is a long time in mail list terms. It offered a snapshot of opinions which I hope was useful for fellow subscribers. Positive outcomes for myself included a chat with Jisc’s Sarah Davies about their project looking into evidence bases for TEL in HE (I’m not alone!) and in April my colleague Patrick Lynch and I hosted the #LTHEchat82 Evidencing practice for TEL which was triggered by this discussion.

The diversity of responses reinforced the need for discussion around evidencing the impact of TEL. The association between technology and transformative learning continues to promise revolutionary change but there are also critiques of both the technology and of existing TEL research.  In between the two poles are a thousand other publications citing a literature of hope and despair. Digital Developers, Learning Technologists and other TEL-People associated with TEL, or supporting the future development of online educational policy and practice, should all be aware of both sides of the debate.