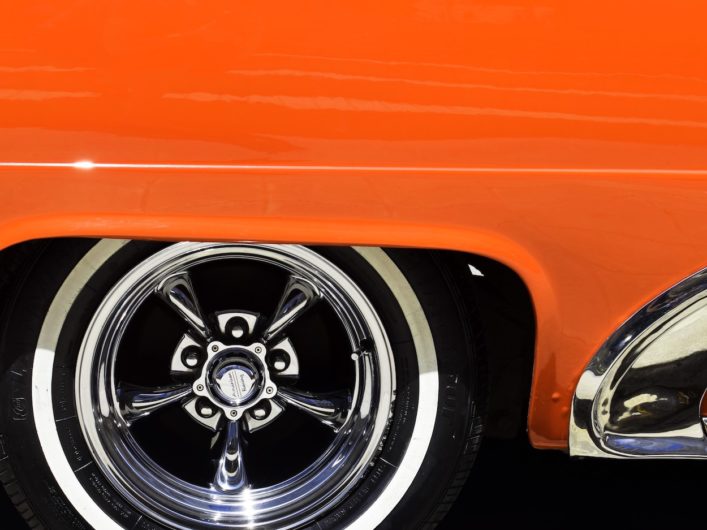 Photo by Edward Bowden on Unsplash.

Reviewing and changing a VLE: Changing the tyre while the car is in motion

Those involved in large IT system changes will appreciate the complexity of ‘swapping out’ one of those systems for another. Over time systems can become highly integrated, both on a technical level and in terms of human behaviour. Couple this with the requirement for service continuity, and you find yourself trying to change a tyre while the car is in motion.

We are the Liverpool John Moores University (LJMU) Technology Enhanced Learning (TEL) team, and we wanted to share some of our experiences of reviewing and changing the institutional VLE.

After a full VLE review in 2016, Liverpool John Moores University (LJMU) went to competitive tender, resulting in a move from Blackboard 9.1 (self-hosted) to Canvas (SaaS). The contract was signed in December 2016. Training began with academic staff in January 2017 and the VLE went live to staff in April 2017, and subsequently to students in August 2017. We continued with a pared-back version of the original VLE, for a small number of courses that were completing within the 12-months of the new VLE starting. It also provided staff and students with the opportunity to archive content and submissions.

A number of focus groups were held using a variation of the Dephi technique to identify user requirements and desirable additions for a functioning system. The participants were all Programme Leaders, enabling us to gather information from a range of subject areas and allowing ideas to filter up from academic teams. Students were also surveyed but a strategic decision was taken to focus on staff as it was anticipated that any functionality that would benefit them would, in turn, improve the student learning experience.

One of the key outcomes of the review was the importance for ease of use for both staff and students; we became aware of the teaching staff requirement for interfaces and workflows that made clear, logical sense. Through this understanding, it became a priority to select a system that provided staff with a very simple user interface that would increase engagement in more technically and pedagogically complex VLE processes, transitioning from a file storage model to an active learning platform.

The Wider Impact on Other Processes and Systems

Blackboard’s 17-year institutional tenure at LJMU meant that many processes, systems and teams extended into the system; this appeared, at times to be a complex problem with many interlinking elements. To address this going forward, and to avoid any duplication of excessive complexity, we first developed four VLE Guiding Principles. These would be applied to guide usage around the new system, stating clearly the terms of operation, i.e. what this system may and may not be used for. This was to prevent mission creep and allow other services to develop without overlapping the VLE’s role, and was developed during the process of review through to implementation. Certain developments had occurred in the past, which did not follow the VLE perceived central function, including the use of the system as a deployment platform for the institutional results notification day.

The line is subtle in its distinction – for instance, Programme sites became a space to display of student module and Programme feedback to students, which detail the outcomes of module evaluation. This was clearly a managerial, Registry-type function, updating students on the on-going improvements to the Programme. However, the VLE is also the place where students complete their module evaluation surveys and where staff access the results of these surveys. The distinction between them is a principle of being within the process of delivering and ‘taking’ that course, rather than at the end point of discussing and evaluating its conclusions.

This approach drove some wider changes within the institution as different departments found better solutions to processes that were once embedded in or deployed from the VLE. These changes were supported by the development of the 4 principles.

The acquisition of a new, customisable VLE offered the existing team the opportunity to employ an additional staff member and a programmer / developer was duly appointed; they work within the TEL team and are line-managed locally but retain a connection to the IT Services department. This new appointment emerged as a priority as other departments reassessed the critical role the VLE played in the institution. This is a highly technical role but it does not necessitate the requirement for an equivalently skilled manager; if the Programmer requires support, this is available both from colleagues in ITS and the Canvas Developer Community. The post allowed the TEL team to firstly trim the system for the institution but is now responsible for larger, scalable projects involving the development of external tools, and internal projects connected via LTI.

The team worked with academic staff to develop a private journal tool and a tutor/student feedback dashboard; this holistic approach to feedback will allow students to understand the role of feedback as an active process and recognise the different forms of feedback. LTI became the key infrastructure to link internal development with the online SaaS VLE environment, keeping each area as independent as possible in case of subsequent updates dislocating each other.

Communication: a Postcard from TEL

Throughout implementation, a different approach for communicating with all academic staff was adopted. It was agreed that there was a critical requirement to reach all VLE content developers to ensure they were aware of the move to Canvas. Communications in large organisations can be problematic, with many competing messages vying for a small window of attention in a limited time frame.

A series of black and white printed postcard were created, conveying very simple information about the change, but using an eye-catching images on the front of the card. The team settled on a vintage theme in an effort to consciously deviate from the usual corporate internal communication. This worked well; anecdotal evidence indicated that staff were displaying the picture in their personal spaces because the card images were so emotive.

The training commenced 9 months before the student go live date; the system was fully available for all staff from the start of April 2017.  With institutional agreement, obtained through formal governance, the training was mandatory for all staff who taught or supported teaching and learning. The key here was to use the sessions as a communications process to ensure all staff were fully aware of the change, and the associated processes. Attendance records were kept and Faculty Directors informed of progress; however, engagement was high, so there was little enforcement needed. An unexpected outcome of the training was the way early attendees were returning to their teams with a positive message around the change and the new system, as a whole. This may have affected early levels of attendance by staff as they perceived this to be a more positive change than expected, and subsequently recalculated the importance of attendance.

Keeping Up the Momentum

As we wanted to be up and running as quickly as possible, it was decided to work with Canvas to import content. This approach has been a point of debate since, regarding the positives and negatives; some of the team feel this was a missed opportunity to start afresh and bring about greater change, while others see this content import as necessary to support staff and students, moving through the transition.

Three projects were launched after the implementation was completed to retain momentum. These were the Canvas Consistency project, Active Digital Learning project and the Digital Feedback Review.

These projects were initiated in response to emergent issues as the VLE ‘bedded in’, and to drive further development in key areas. Each project involved working with staff to review specific ways of using the VLE, and their impact on students.

Developing staff use of Canvas is increasingly a multi-modal affair, utilizing a combination of face-to-face sessions and online resources. This includes an online Canvas course focusing on the fundamentals of the system, as well as the development of staff online collaborative spaces to share practice. Underpinning this is a governance that invites input from a number of sources including senior academic staff and Faculty teaching and learning strategy documents. This process is continually reviewed and adjusted in line with changes to strategic priorities and staff input.

TEL teams are frequently faced with the prospect of complex change on many levels, posing a range of risks to their institutions-implementing a new VLE typifies this since engagement with the system is multi-faceted and touches many areas of delivery and learning. On reflection, we concluded that, despite these risks, we did achieve our initial aim of changing the car tyre while still moving-bringing about substantial change without excessive disruption to users.  Encouragingly, this seems to have been positively received and there are early signs that the investment in the new VLE is creating improved engagement, from both staff and students.