One Laptop per Child in Latin America

After its announcement in 2005 the One Laptop per Child (OLPC) project and its promise to deliver a “$100 laptop” to children in the developing world quickly became a hotly debated topic. This article will look at three ongoing OLPC projects in Latin America. View Article

In 2008 the idea of a joint current research information system (CRIS) for Dutch higher education and research was first informally launched. Over two years of discussion, exploration, demonstration, comparison and specification followed until almost 30 higher education institutions signed up for a European tender. View Article 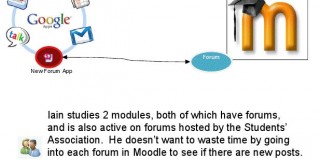 A week in the life of…Liz Falconer, University of West England

I’m Professor of Technology Enhanced Learning (TEL) at the University of West England (UWE), and lead up the e-learning Development Unit (ELDU) and the new Education Innovation Centre. This looks like being an interesting week, but then they all are. It’s such a busy time in TEL at UWE at the moment View Article

A week in the life of…Nathalie Ticheler, London Metropolitan University

I have just come back from Lille, my home town, as I spent the weekend with my family. Actually, they live a few miles away, but it was nice to see them, as well as fields, wildlife and cows. Well, I am back in London now and I must say that I have missed it as well. View Article