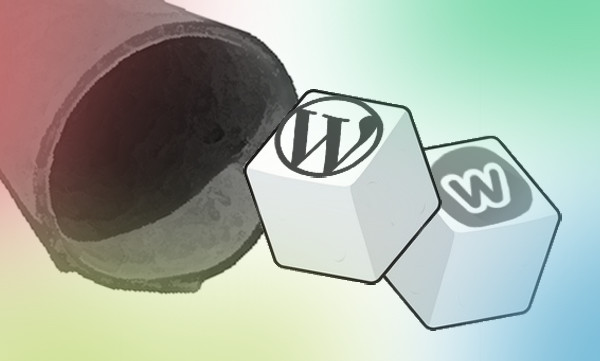 Moving beyond using WordPress for everything: what was it like using Weebly?

If you are on the ALT mailing list, you may remember my name and this particular subject. In the summer of 2015 I emailed the list to see everyone’s thoughts on moving away from WordPress as the platform of choice for a student assessment. In particular, I wanted to use a system called Weebly and wondered if others had experience using it in an educational context.

No one that responded had used Weebly in an educational context. However, lots of people had a lot of good things to say about WordPress. It is safe to say there are LOADS of WordPress enthusiasts out there and it became clear that there was no groundswell of knowledge or interest in an alternative.

My web developing acquaintances on the other hand had nothing but good things to say about Weebly so I was still interested in using it. Much against my innate resistance to rocking the boat I decided to take a punt and wanted to feed back to the community that it worked out well.

Moving away from WordPress…

Before I go into detail about what worked well in the Weebly system let me outline my rationale for wanting to move away from WordPress.

In the year 2015/16, I had a new distance learning cohort in addition to the face-to-face group, with the same assessment. It was imperative that I improved points 1 and 2, and if I could hit 3 and 4 then all the better! I then took off, folded and stowed my “I love WordPress” t-shirt and unsubscribed from the “WordPress is the future of everything” podcast and despite there being no existing body of practice I went ahead with the Weebly platform.*

Now on to the Weebly system itself. What drew me to it? Although there was a paid for education option there were no real reasons to use anything other than the free to use platform, so it remained cost effective. There were two additional improvements over WordPress:

So what happened when we adopted it? At the first training session at the beginning of the module, the system was introduced in 10 minutes followed by a printed walkthrough guide. Such was the simplicity I felt people were genuinely spending time doing the task in a fun and creative way rather than working out how the system worked. I genuinely felt embarrassed to have invited a colleague to help to ensure our facilitation ratio was ok!

The second session was poorly attended. After this we had a total of two support emails about the system. Two emails for a module of 70 students. Two emails. These queries didn’t pertain to how to use the system at all. They were students trying to push beyond what we had done in class and add more complex elements to their site. That isn’t to say there weren’t lessons to be learnt or things we can improve upon but no one had any real stress about picking the system up. No one wasted time in training waiting for someone to help them.

So I think I would definitely say on points 1 and 2 of the issues I had with WordPress we found an improvement in Weebly, with fewer queries and more streamlined training. This helped us to support a dramatic upscale in numbers whilst downscaling the technical support needed. The feedback on the face-to-face course contained no mention to the system itself, which is also an improvement on point 4.

The third point regarding creativity I don’t feel I can comment on at this stage. The distance learning version of the module is running currently, so once this is done I will sit down with the module leaders and evaluate whether we enabled a more creative approach to the assessment. I hope we did, but we also need to be mindful that we are supporting independent of the platform we choose.

Isn’t this a little self-satisfied?

I’m not looking for an award or a pat on the back. I wanted to write this piece to let everyone know that it worked out. Further to this I would like to encourage any early career learning technologists to stick to their guns and not be afraid to go outside the sector orthodoxy. This wasn’t exactly an earth shattering gestalt switch but I could have easily been a little timid and not taken the risk. We all have to have faith that there are rewards out there if you are willing to expand your toolkit BUT you have to back yourself to get them.

* Obviously this was done in consultation with the module leads, director for TEL and with weeks of personal hand wringing etc but I liked the above symbolism better (which this has now ruined).

Tom Buckley is Senior Learning Technologist (Team Leader) in the Faculty of Health and Applied Sciences, University of the West of England.
Follow the Education Innovation Team on YouTube and on Twitter