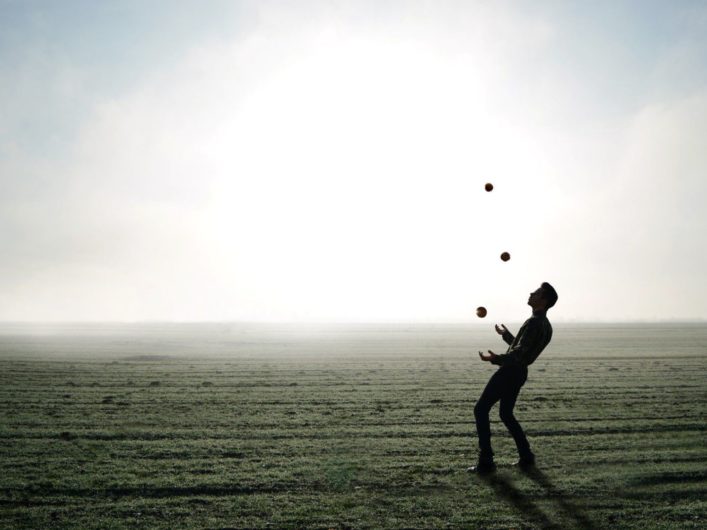 Image by Theodore Moise from pixabay.com

“What makes a Learning Technologist?” – Part 3 of 4: Roles and duties

A post by Simon Thomson, Director of The Centre for Innovation in Education, University of Liverpool, @digisim

Inspired by topical discussions on the diversity, complexity and uniqueness of Learning Technologist roles, Daniel Scott (Nottingham Trent University) and I recently invited the ALTC community to share their stories of becoming a ‘Learning Technologist’ in all its guises and across a range of educational contexts.

This is the third installment (out of four) in the “What makes a Learning Technologist?” blog series. In the first post Daniel Scott explored the plethora of job titles we often see associated with being a Learning Technologist and in the second post Karoline Nanfeldt looked at the career paths taken by Learning Technologists (LTs). As with all these blog posts we often use direct quotations from the submissions and where participants have asked not to be named these are indicated as anonymous quotes.

In this third post we examine the “duties” that LTs take on in the course of their work and if there is one thing you can be sure of it’s that the role of a learning technologist is as varied as the environments we work in and technologies we work with.  However from my analysis of the data, gathered from the 33 Learning Technologists who kindly submitted the information, emerged very clear categorisation of duties.

The categories were coded with Atlas.ti from the text submissions provided by the original survey with the codes linked to the original submitted text.

After an initial coding, some codes were merged to get to the current 16, for example some respondents commented on their leadership role in an area and some in their role as managers, but ultimately these two were combined into one group to indicate a duty which involves the oversight of others (either formally within a clearly defined team in one department or informally across a more dispersed environment).

Run the TEL team within our Learning & Teaching Enhancement department

In some cases codes were split, for example ‘systems training’ originally included the development of supporting materials, but it was clear that some participants saw these as separate duties and so they were split.

The chart below provides a visual representation of the codes and how often they appeared as codes in the submissions (as a percentage of the total number of code appearances).

As might be expected, “learning system” support was clearly one of the most prevalent duties undertaken by the LTs as part of the role and almost all of the submissions indirectly referred to learning technologies at some point, but this category is specifically where a Learning Technologist has indicated that this “technical support” forms part of their duties.

The ways in which support was accessed varied and included a range of mechanism such as by email, phone, face to face and virtual helpdesks (including formal IT support ticketing systems), but in all cases they were providing some technical support.

Closely behind ‘systems support’ was ‘systems training’. This duty was categorised based on where participants had clearly indicated that they ran or developed training for ‘learning systems’. This does not include any submissions where the participant made reference to running workshops relating to pedagogic use of systems and technologies as these were categorised separately, but it may be that some submissions relating to ‘training’ do in fact include pedagogic discussion but the submitted data didn’t specify this.

However, it is very clear that pedagogical support is a considerable part of the role of the Learning Technologist. From my own experience this is often a unique aspect of the role, able to bridge the gap between technology and pedagogic practice, making it so much more than a system support or training role and this is supported by some of the data.

In some cases there was specific reference to teaching on PGCAP/PGCERT courses, and as such these were coded separately but were also coded to pedagogy.

It is also worth noting here that I also separated out the development of ‘guides & resources’ as a separate code because the data indicated that some LTs were developing resources and guides to support technical systems and/or pedagogic development, but may not always be involved in support or delivery per se.

One code that I hadn’t anticipated that would appear quite so often was the “consultancy” duty. Initially this was coded only where a participant specifically referred to themselves in that role, but it became clear that the learning technologist acts as a consultant in a formal and informal capacity both within and beyond their own institution.

consult with schools, departments and teams

Another surprise for me was the prevalence of the “content development” aspect of the role. In all of my own experiences of writing job specs, recruiting and working with learning technologists I have often avoided including the “content developer” role within the duties. This is for a couple of reasons, firstly because it would not be feasible to provide enough learning technologists for the potential content development needs of a large institution and secondly I have always thought it best longer term that as an academic I should be responsible for sourcing and developing my own ‘content’ and having the skills to do so increases my own capacity to provide enriched learning experiences.

However, I am conscious that there are many academic colleagues who just do not have the skills necessary to develop some of the content they may be seeking to as part of their teaching and so having the expertise of a “content developer” can be of tremendous value to individuals, departments and institutions and so ‘content developer’ includes both the role which makes resources but also the role which helps academic colleagues to create those resources.

If I had combined the ‘content developer’ and ‘learning design’ codes it would actually equate to a significant part of a Learning Technologist role, but going through the coding process I think it is right that they are separate, as it is clear that some LTs undertake the creation of granular content (content development) and some have a more holistic “learning design” role which more broadly oversees the development of a whole module/unit as part of a larger learning experience, however I recognise that the lines are blurred here.

It was never really my intention to present each code in detail and so before this post becomes a victim of TL;DR, I just want to explore a couple more code areas which really stood out for me.

The first of these is ‘Systems Procurement’ – I was genuinely surprised how few respondents indicated their involvement in the purchase of ‘learning systems’. This seems to be a huge oversight on the part of institutions not to fully engage with their LT community during the procurement process. It may be of course that because procurement processes do not take place very often participants just neglected to include this in their duties (I am hoping this is the case).

And finally, I wanted to end this post focussing on the category which highlights the “development” of learning technologists. Within the data there were no specific examples where anyone indicated that undertaking formal qualifications or training were part of their duties e.g. CMALT (bearing in mind that I was specifically looking at data submitted in the roles section of the survey). I wonder if this is because it’s not always necessarily considered a “duty”? From my own experience I know a number of colleagues who have completed postgraduate studies in digital education / TEL / Multi-media whilst being in learning technologist roles and so it is highly probable that other LTs have also undertaken formal development like this.

However, what is more apparent is that respondents engaged in lots of informal development through ‘Networking’ and ‘Keeping Up to Date” (although with the latter it was not always clear how this was being achieved).

For example one anonymous participant clearly indicated their role in “Appraising authoring tools, horizon scanning in relevant areas” and a few put in terms such as “staying/keeping up to date”. ‘Networking’ as a duty was merged to a single code and refers to both internal organisational formal groups “representing the team on relevant groups and committees in the University” and informal “Fostering communities of practice to share innovative approaches” as well as networking more widely beyond the institution such as “speaking at events” and “collaborating and liaising with colleagues at (named external organisation)”.

Reading through the submissions to undertake the coding was a really insightful process, firstly because initially there appeared to be a wider range of codes (I started out with about 25 codes) but as I was able to merge codes the story of the duties undertaken by LTs began to emerge. It would be a very interesting exercise to compare participants original job descriptions with the results of this survey data to see the extent to which these codes overlapped or were in anyway different – perhaps a little project for the future?

Although this is a limited dataset, it is nonetheless a really useful insight into the duties carried out by those in Learning Technologist roles.

If you didn’t get a chance to complete the survey then please feel free to add your own experiences and thoughts in the comments section of this blog post.

Closing thought: You may like to consider to what extent do your “duties” as a Learning Technologist fit into the sixteen coded categories identified in this blog post? Are there any duties you carry out as an LT that aren’t represented by the sixteen codes – please tell us in the comments.

The final blog post of this series (4 of 4) will explore some of the associated challenges and ‘best bits’ of the ‘Learning Technologist’ role. It is expected to be published in March 2020.

Simon Thomson is Director of the Centre for Innovation in Education at the University of Liverpool and an Editor for the ALT Journal – Research in Learning Technology, @digisim